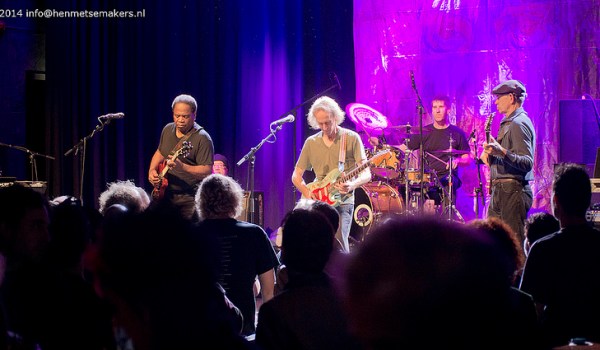 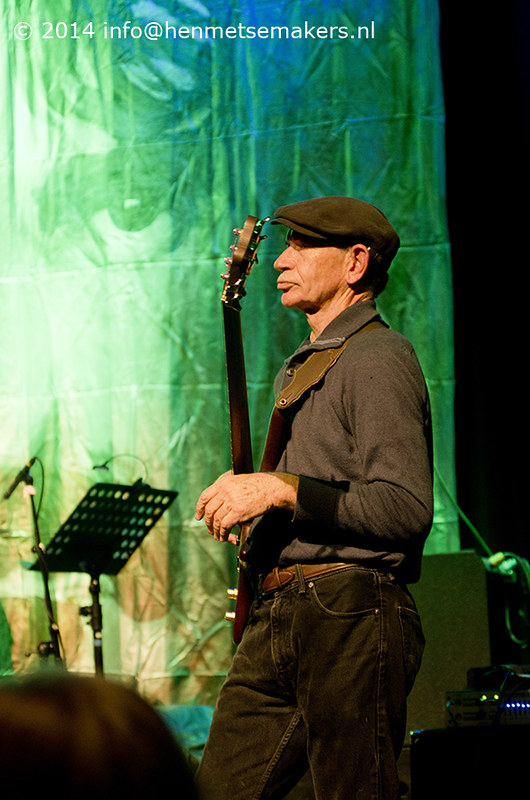 We witnessed the first concert from this ass kicking rocking teenage combo earlier this year in Heerlen. The band has undergone a few mutations: percussionist Ed Mann is not joining the current tour and Arthur Barrow is replaced by Jamie Kime.

We remember the Heerlen gig as a very memorable event; also taking in mind it was performed by bunch of top notch guys at the start of a tour. The bar for this band, looking at to the happening today in De Bosuil, was sky high according to us.

Let us first briefly introduce the combo for the memorable night in De Bosuil: Director of the pack is the very vital looking high skilled multi-instrumentalist Robert Martin, who besides lead vocals and keyboards plays the French Horn and saxophone. 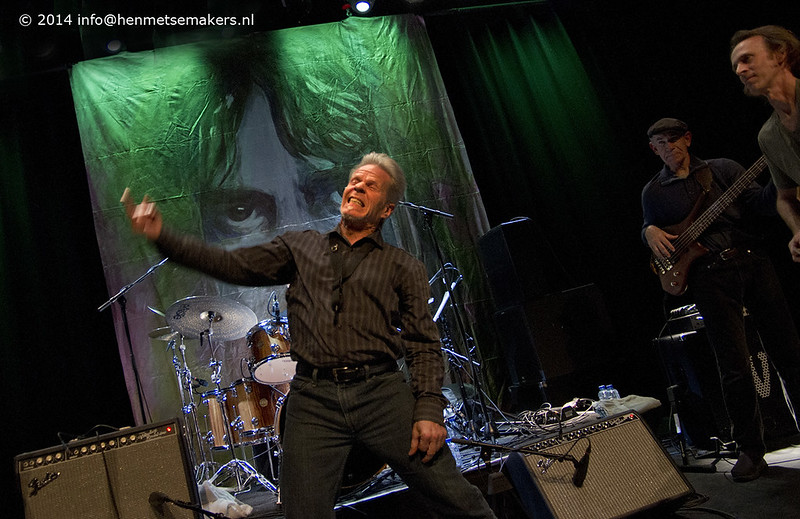 The big surprise from the Heerlen gig, the very witty Albert Wing plays again the other saxophone. On lead guitar we have another rather pretty unknown gem, Jamie Kime, who used to play the rhythm guitar in Dweezil’s Zappa band. Kime, who appears later on to grow towards THE guitarist of the combo, just released his first solo CD called Alleys produced by the mighty Mike Keneally. The famous Ray White takes care of the other guitar parts and other lead vocals. On the bass guitar the phlegmatic and survivor Tom Fowler. It is really amazing to meet Tom Fowler because he had undergone a very serious and heavy surgery only 4 months ago: ‘I had my third and last cervical meningioma resection July 17. You wouldn’t have believed the surgical Team. Sure glad they all had the opportunity to learn science before it became the “S” word. One other fact: Paid thru Obama-care.’ 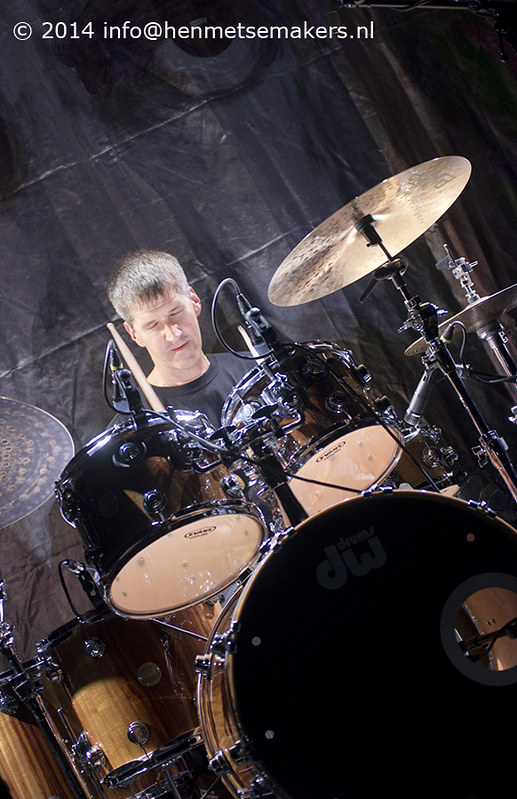 On drums one of the keenest and finest Western drummers named Chad Wackerman we are aware of. To quote Fowler again: ‘Chad is the most consistent drummer I ever played with. He tunes his drums in such a melodic way it shortens the drum and doesn’t change pitch. He is always in tune’. 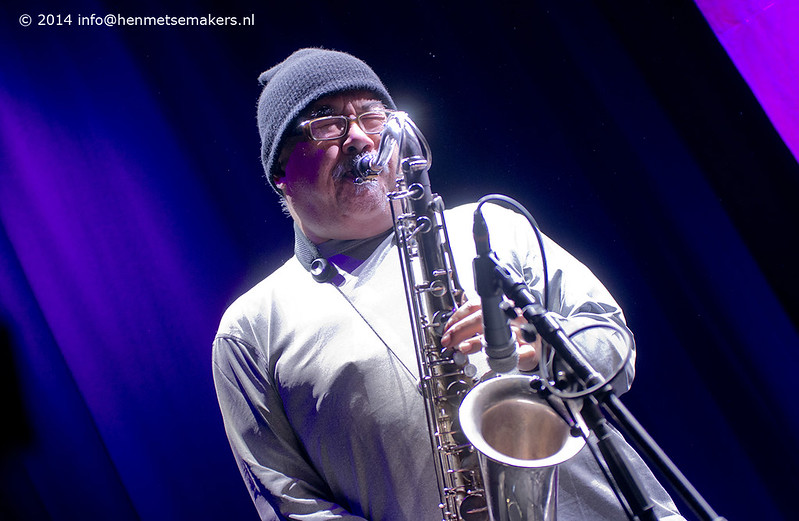 Opener Chunga’s Revenge showed a prominent role for the French Horn in combination with Wing’s sax. A very nice and warm start to be honest. What also became immediately apparent was the very crispy and clear sound tonight. Every instrument sounded very clear in the mix which made this music extra enjoyable. After the more lightly to digest Ain’t Got No Heart and You Are What You Is the music segued into a very sinister edition of Marqueson’s Chicken. You could smell a flavor of Conlon Nancarrow in the venue with brilliant solo contributions by Wing and Kime. Robert Martin took the lead vocals in the funky rendition of I’m The Slime with greasy chords by Ray White. 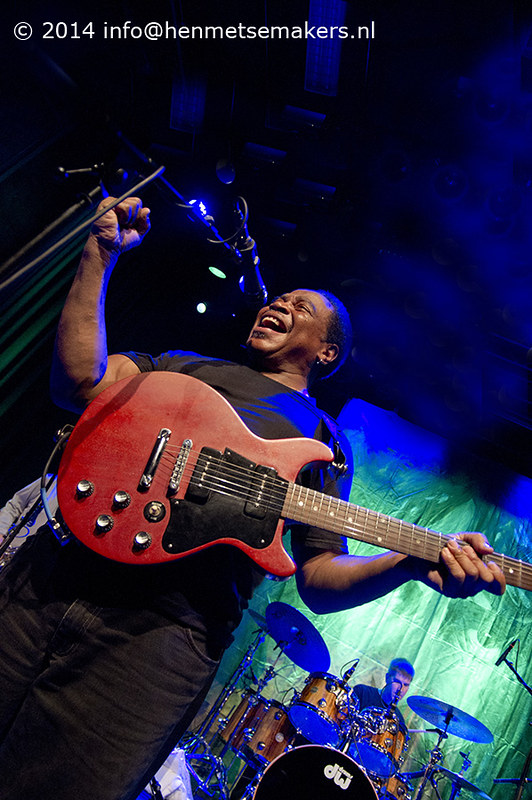 The very complex tune Dupree’s Paradise was a pure joy ride with beautiful solo efforts on keyboard, sax and bass. During the classic tune Trouble Every day Fowler deviated a bit from the original bass line and Kime excelled again with an inspired improvisation. After Village Of The Sun the band played a very strong and disciplined version of Zomby Woof. ‘Woofy’ Martin’s vocals were very sharp and Wackerman showed he is the master of the rhythmic complexities in this tune and adding great improvisations as well. On Orange County Lumber Truck a very pumping bass pushed Kime to the next level of his solo skills; marvelous followed up by synchronous sax interplay. 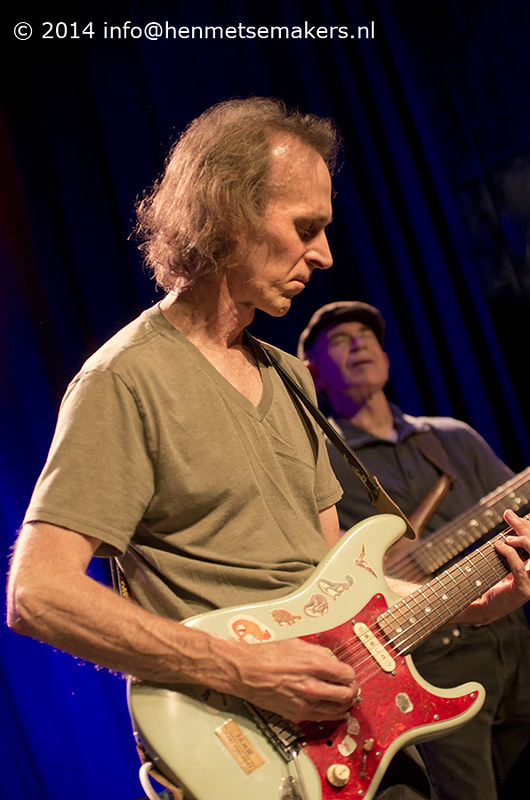 Baltimore might be a boring place to certain people; the tune What’s New In Baltimore was the opposite. The combo was already on high steam before they entered and Fowler played a very lyrical and inspired improvisation. The middle part consisted of a group improvisation in which Martin pulled virtual the strings with the band like a real puppet master and crazy conductor. It was very apparent this band has an enormous level of fun on playing this music and the combinations by Fowler and Wackerman sometimes looked telepathic. After Society Pages the band played the terrifying song of jealousy named Bamboozled By Love with again a sublime rhythm contribution of White. Martin persuaded two ladies, Chantal and Ellen for the intimate, to enter the stage for some audience participation and conducting the band. A very hilarious part of this concert of ‘serious’ music. Great to experience humor is still part of the oeuvre. 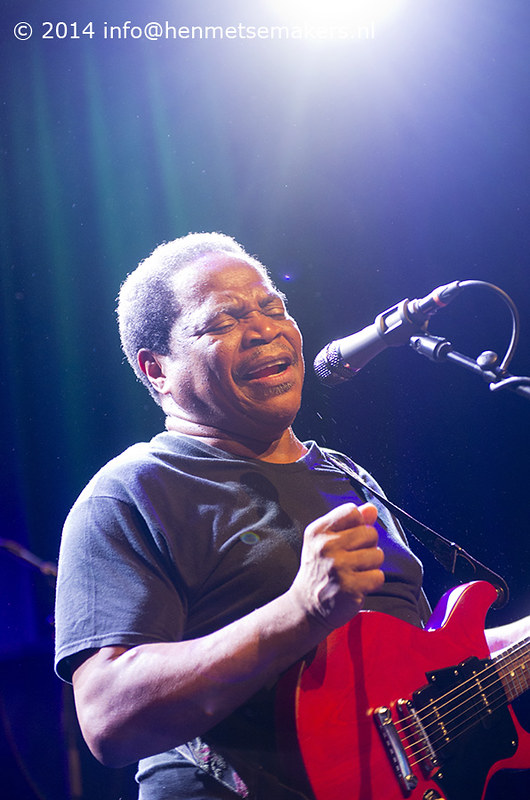 The closer before the encores was a long version of City Of Tiny Lights and an opportunity for Wackerman to show his excellent drum skills. The first encore, Andy, was a dazzling experience with a very humorous Wing wiping his nose on saxophone. Following a certain tradition the concert concluded with two great versions Whipping Post and Peaches En Regallia. Resuming and also on behalf of a part of the rocking teenage audience: this was the best concert we ever heard in De Bosuil.