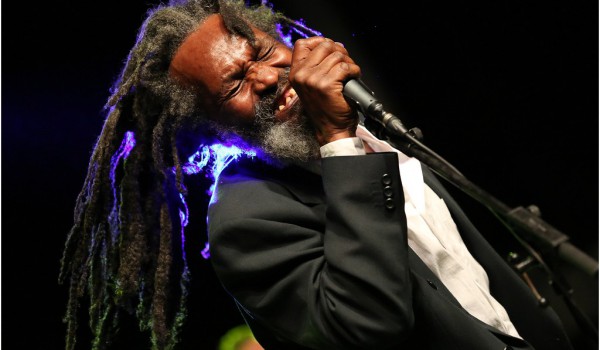 Special report by Nicolette Johns with photos (click here for pics day 3) by José Gallois of the 3-day Internationacional Blues Festival of Mijas 2014. [Also read the reports of day 1 and day 2]
Third and last day of this very entertaining festival shows partly a repeat of earlier performances like Steve ‘West’ Weston & his Bluesonics and Jerimiah Marques but also two other bands are scheduled on today’s line-up. 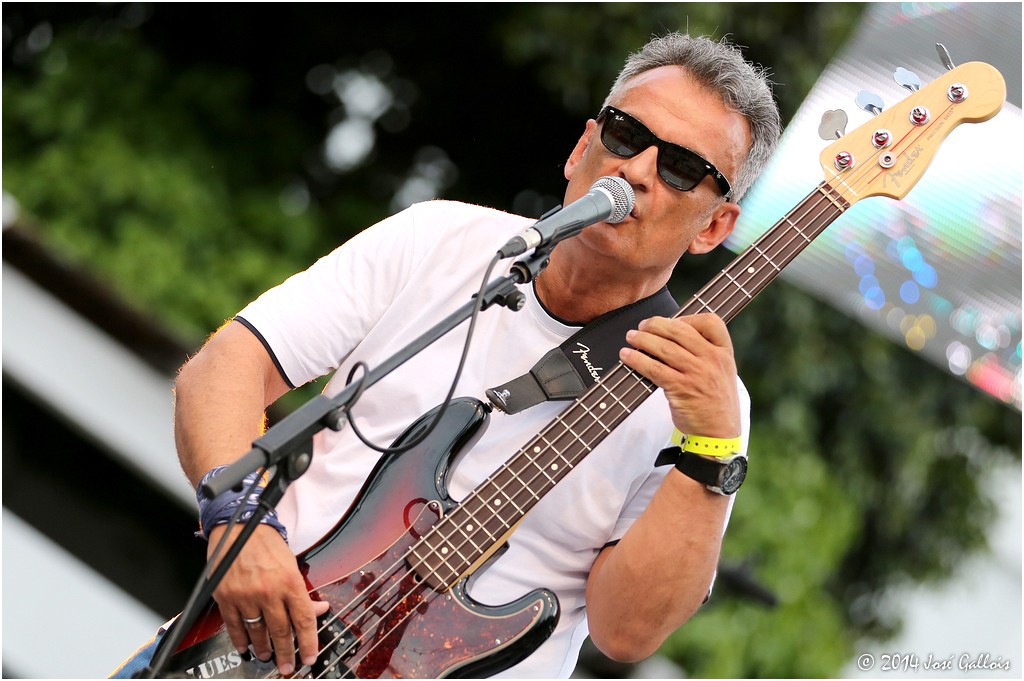 First band to get upon stage is Koko & the T Blues Mob which are originally from Tblisi – Georgia but residing in Spain. Frontman Koka Tskitishvili is the singing bass-player of the band, together with a young blues harpist called Muso Saba/Saga, David Pesito is the drummer of the band and guitarist is Tamaz Tkhinvaleli on his Fender. Already in the second song of the set the crowd witnesses a guitar/bass duel which to my taste is much too early in the set. Guitarist Tamaz plays sometimes a jazzy style but also plays Chicago Blues like he’s a native and lays down a mean riff. 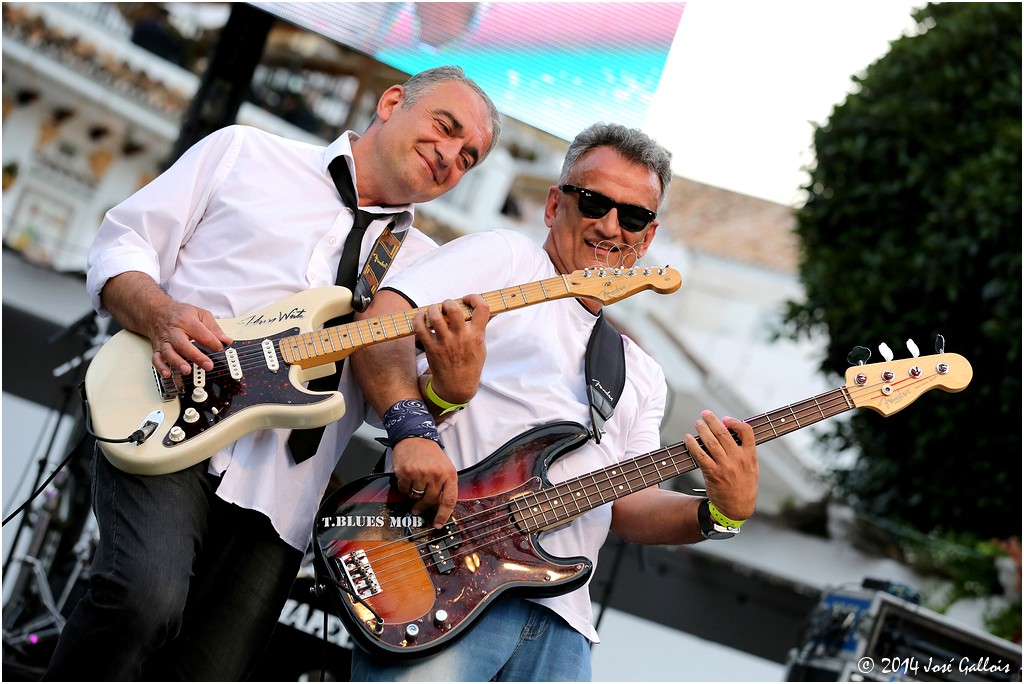 Singing bass-player Koko plays a very rhythmic and improvising bass style. Young blues harp player Muso is a great talent, who’s enjoying every minute being on stage. Koko is a very charismatic, interacting musician, he likes the audience to join in and shows his disappointment when such is not done with passion, according his comment “somebody dancing is ok but somebody talking on the phone is not ok”. Well, I guess you can’t take away a musician’s drive to entertain and be appreciated by his audience; a good set from Koko & the T Blues Mob. 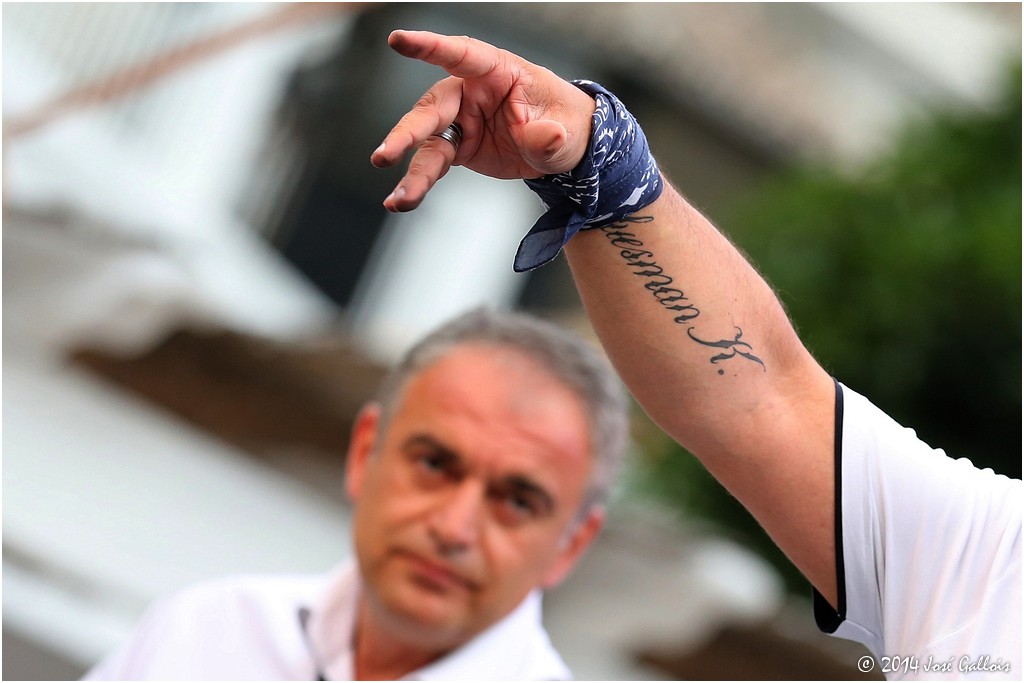 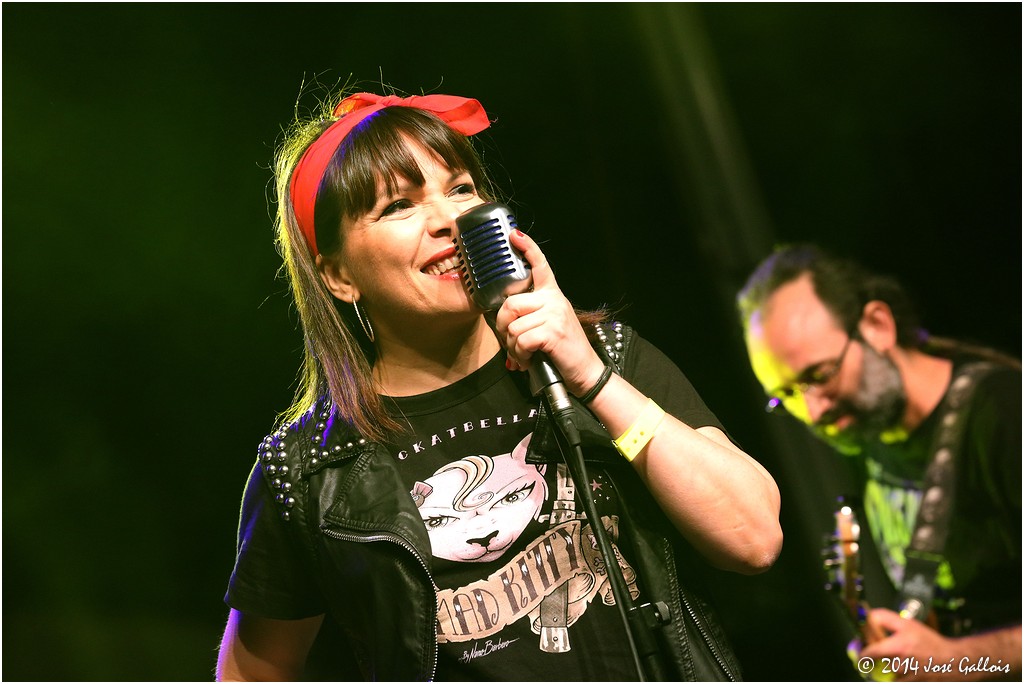 To perform as penultimate act this fantastic, friendly festival in Mijas Kevin Hillier contracted Gladys Rocking G & Tres Gatos from Cordobà which are today’s rockabilly act. From the very first moment their first notes are catapulted into the Virgen de la Peña square the photographer and myself are struck with Gladys’ voice! The resemblance with Imelda May’s tone is striking! Gladys Rocking G & Tres Gatos open with one of Imelda’s numbers, ‘Johnny Was A Boom-Boom’ followed by another May song ‘Mayhem’. To prove that Gladys Rocking G & Tres Gatos are not afraid to walk paths which are ‘non’ rockabilly or blues they follow with a Sinatra tune! No, not daddy Sinatra but one of his daughter, Nancy, ‘These Boots Are Made For Walking’ is the 3rd song on their set-list of tonight’s gig. Back into rockabilly with Stray Cats’ ‘Rock This Town’, where guitarist Paco Marin manages to mesmerise the crowd with his skills on the six strings of his Epiphone. 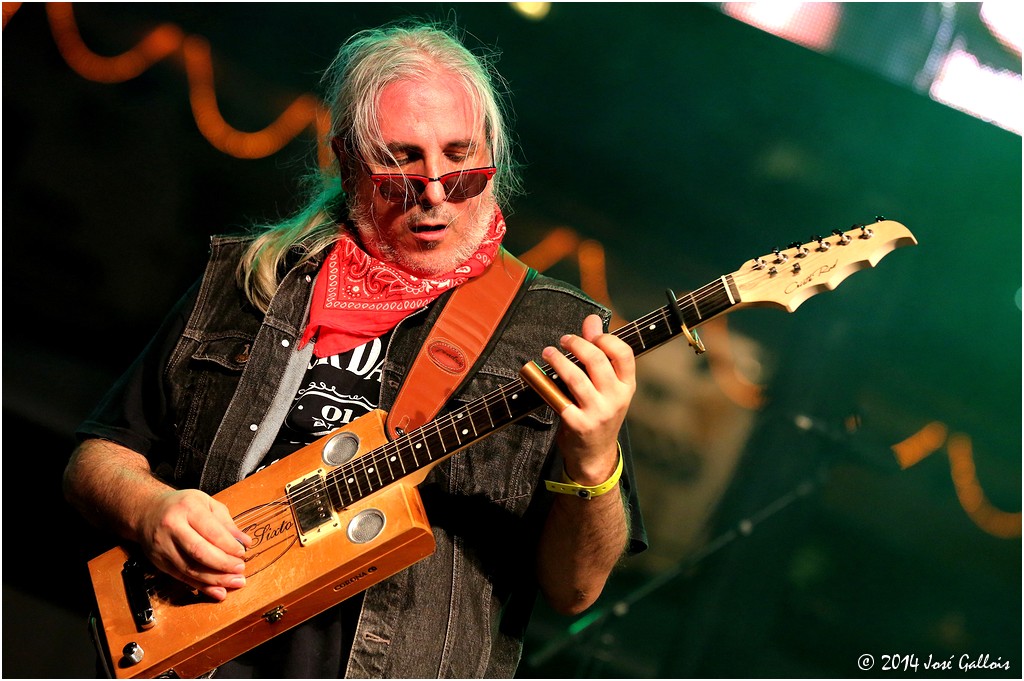 More of his high level of musicality and virtuosity is displayed as Paco Marin finger-picks and slides his cigar-box guitar in Elmore James’ ‘Goodbye Baby’. Another classic on their set-list is Robert Johnson’s ‘Strop Breakin’ Down’ which I’ve never witnessed live sung by a woman; refressing! Paco Marin changes guitars every time he wants to express another groove. He uses resonator with or without capo, Epiphone, cigar-box or the lovely light blue Gibson; but one thing is for sure he masters all of these babies! 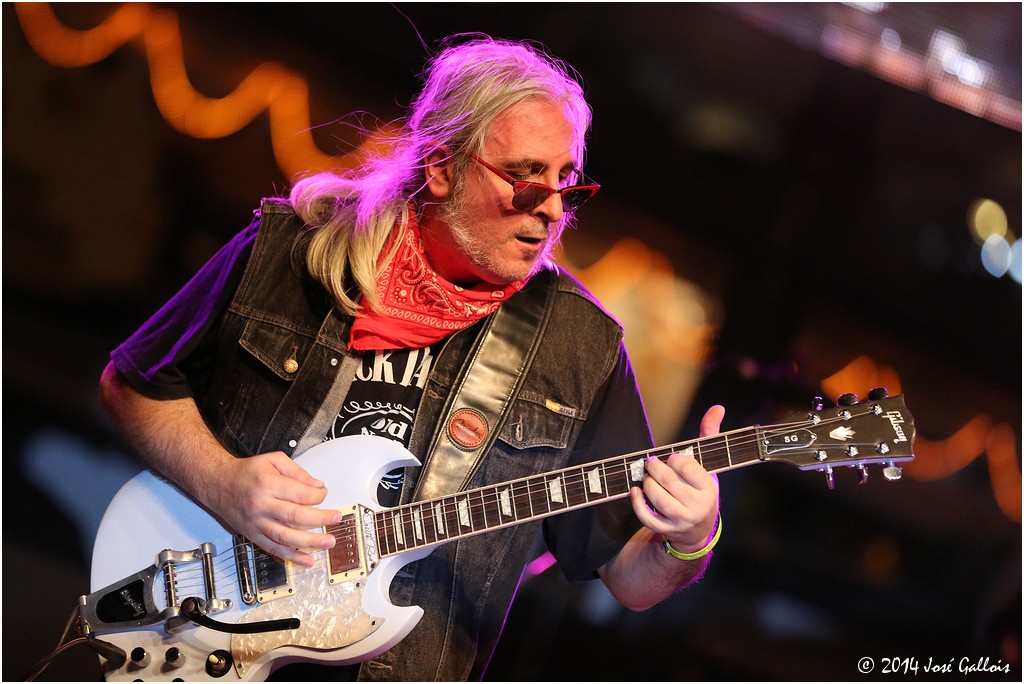 Once again Gladys reconfirms the similarity with Imelda May’s timbre of voice when she performs ‘Tainted Love’ and ‘Love Tattoo’, both great covers. This band, although mostly covering other musicians, is a promising collaboration of fine musicians. The crowd on Mijas’ Plaza Virgen de la Peña chants for an encore, no more than three encores actually are played to wrap up this very successful set. Hopefully the northern part of Europe can experience their passion for and vituosity in music soon. 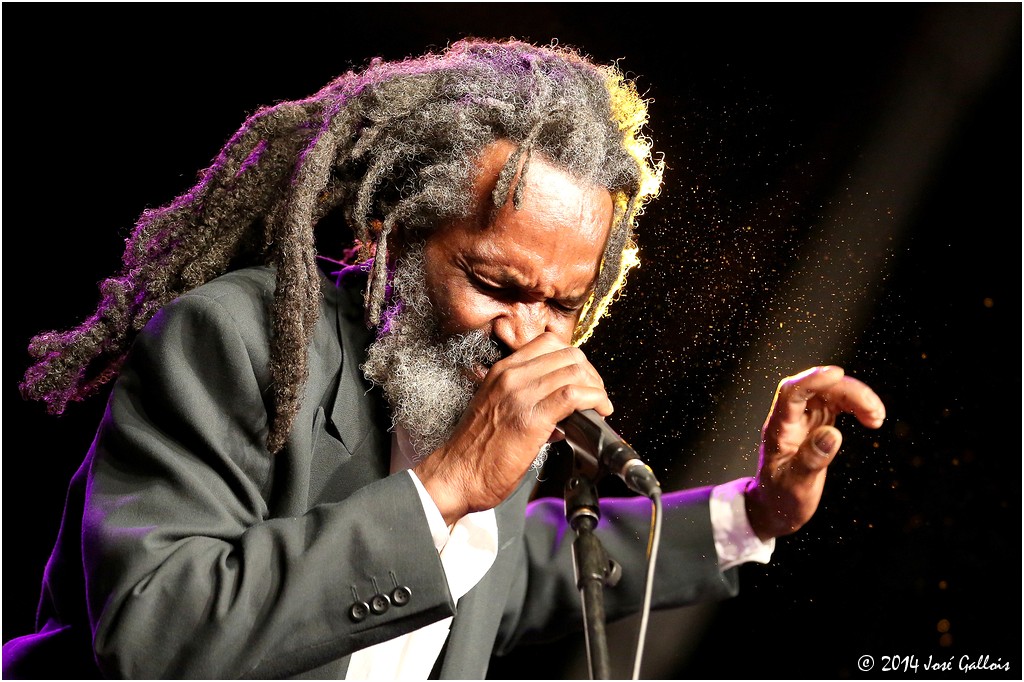 The final, final, final set of this wonderful week-end full of music, sun, wine but more importantly a warm and friendly atmosphere is going to be a party as is the trademark of Jerimiah Marques and his Blue Aces. Unlike Steve ‘West’ Weston & his Bluesonics Jerimiah Marques and his Blue Aces have chosen a completely different set-list from their Friday show. The tribute to the roots of the blues is once again in Jerimiah’s capable hands, he’s obvious in his habitat surrounded by these fine musicians called the Blue Aces. As on day one of Festival Internationacional de Blues de Mijas Jerimiah Marques mesmerises the crowd with his amazing stage presence, outstanding vocals but blues-harpist Laurie Garman’s contribution is quite amazing too. 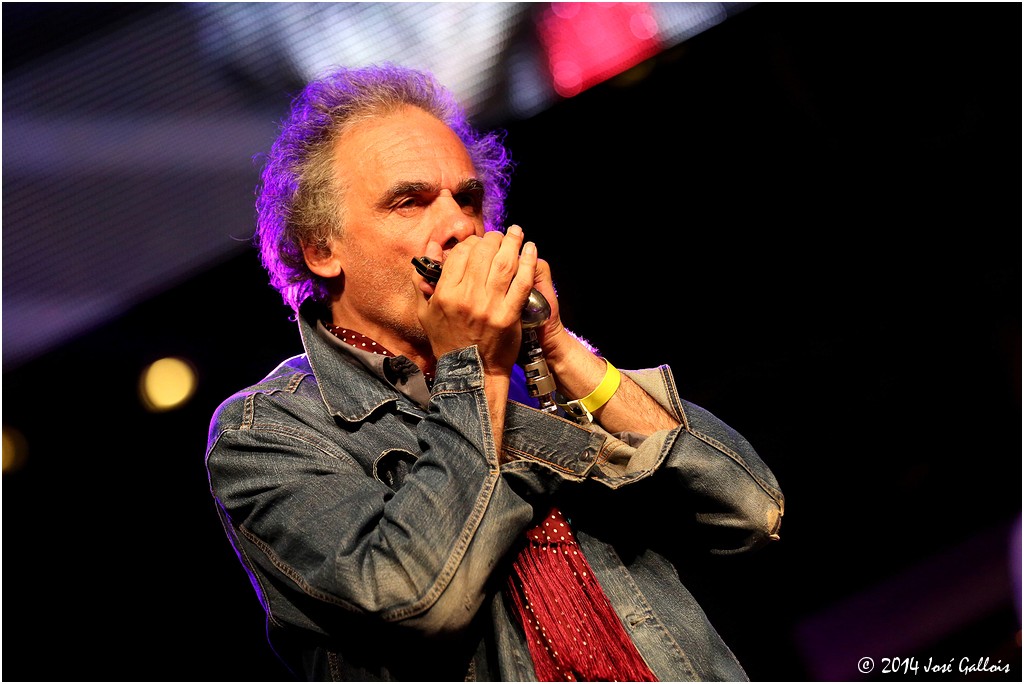 Marques alternates Chicago blues to Roots to Reggae…..It all works measuring the appreciative reactions shown by the crowd gathered on the Plaza Virgen de la Peña.’Take A Walk with Me’ is melodious and pumping as its inspiration ‘Sweet Home Chicago’; ‘Spoonfull’ is sung like Jerimiah used to be one of Howlin’ Wolf’s backing vocalists and part of his entourage for decades or was he with Muddy Waters’ band considering his rendition of ‘Long Distance Call’ in which a fabulous slide of guitarist Lewis Fielding. 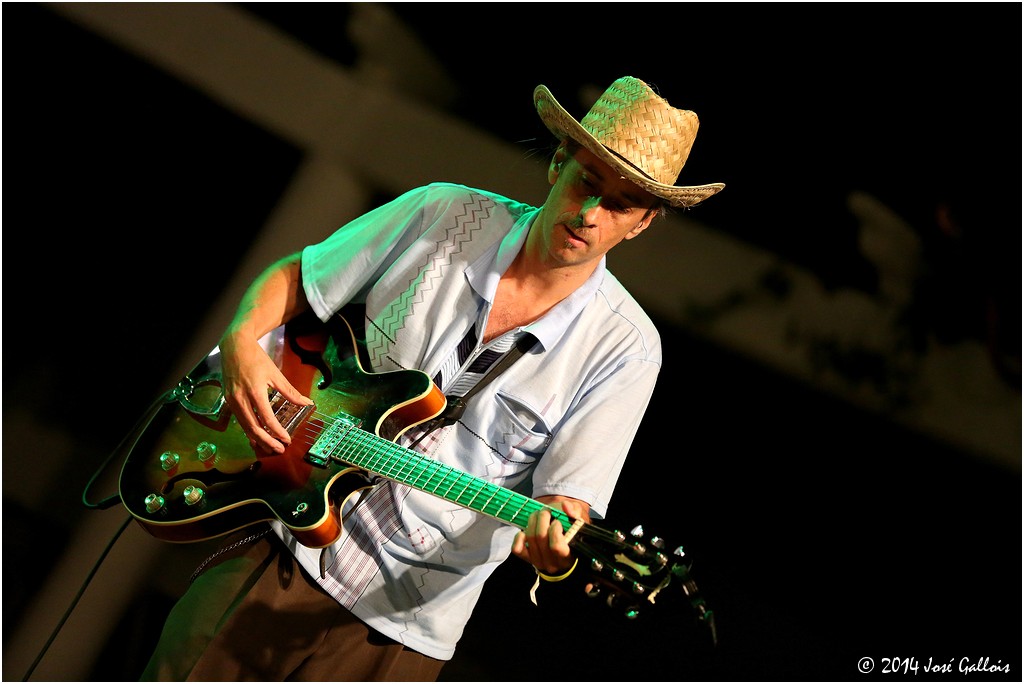 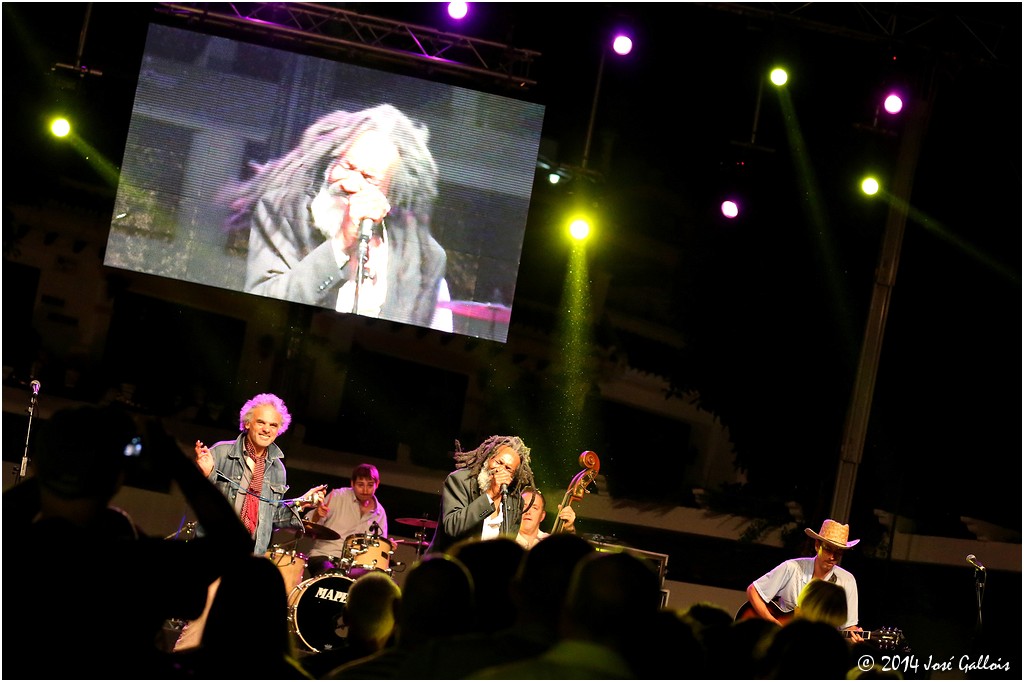 The TBA?-reporter and photographer like to thank all musicans for this mini-holiday lushed with music, their passion in music and in performing.
We also like to thank Kevin Hillier and his partner Joanna Buck for their kindness, hospitality and the candid interview. Hopefully we’ll meet again in Spain otherwise we can surely recommend you to visit one of Low Lands finest blues festivals. Meanwhile these TBA?-reporters will keep their fingers crossed for the ninth edition of your festival; do we say Farewell Mijas, Hello Fuengirola? 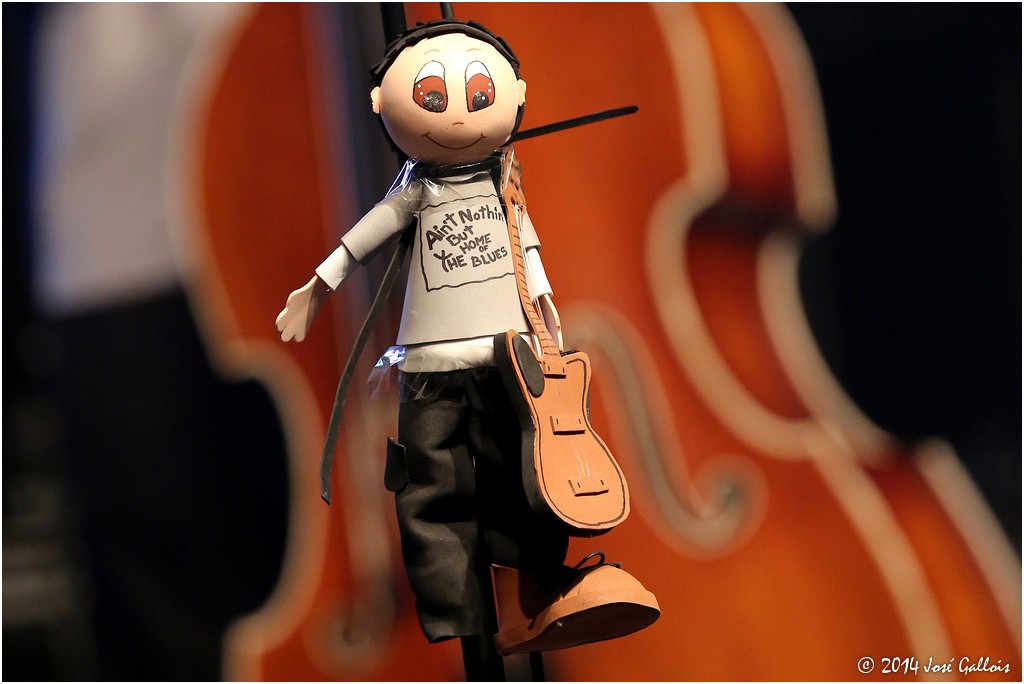