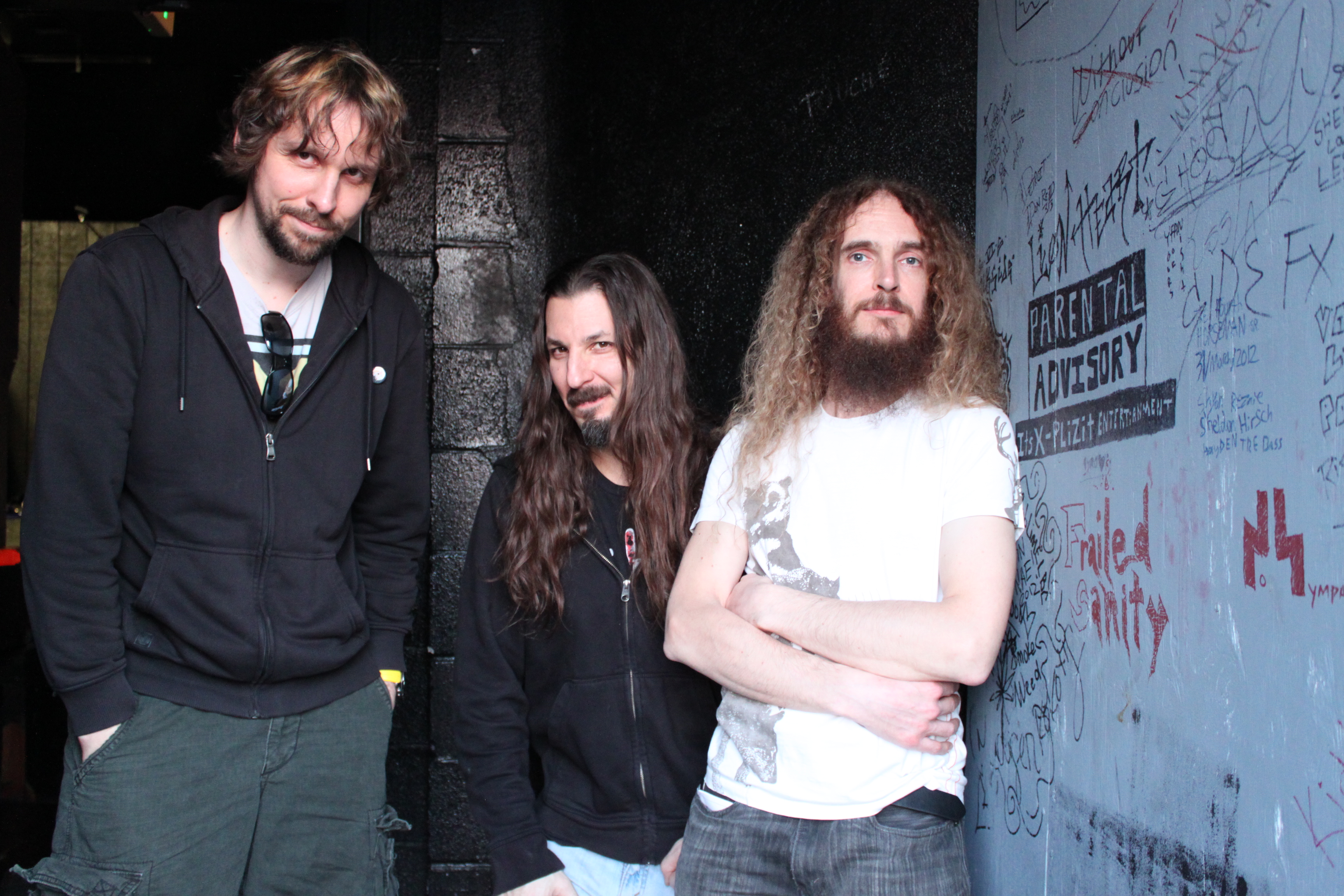 We have been following Guthrie Govan, Marco Minnemann and Bryan Beller for a while in the numerous initiatives they have been participating in during the past few years. And in between all that recording and touring these musicians found time to work on the newest joint effort under the name of ‘The Aristocrats’.
To come direct to the point here: this second studio album is the next level in which this trio shows it has grown into an organism in which many styles, influences and intrinsic qualities of the individual members are melting together in a very interesting, challenging and humoristic album played by a BAND! The album is baptized as Culture Clash. The name of the album is referring to the different nationalities in the band: Bryan Beller (USA), Guthry Govan (UK) and Marco Minnemann (Germany). And to a sly reference to the Coen Brothers’ film A Serious Man. My personal opinion is this album could also have been titled as Inclusion and Diversity. That would also have been an appropriate name in my opinion. And its about equality: every band member composed three songs for the album. The multi layered meaning of Culture Clash is brilliant captured in the album cover art created by artist Tom Colbie.
Looking overall to the nine original songs on this album it is very eminent The Aristocrats are expanding the boundaries of the rock fusion genre. All songs show a strong rock basis in which on one hand the many different influences from the individual members can be heard, amongst

others varying from heavy metal, jazz rock, Frank Zappa, King Crimson, Pink Floyd and The Police. On the other hand all songs sound as Aristocrats: a melting pot of styles transformed in a very recognisable sound and musical structures created by these passionate, high skilled and knowledgeable musicians.
The mighty Marco Minnemann shows he is able to play whatever drum style present in rock music. He internalised every drummer who crossed his path. This versatility creates the, often complex, rhythmic basis for the majority of the songs. Bryan Beller playing together with Marco Minnemann feels sometimes as telepathic and in its complexity mathematically precise duo. That telepathic team play was also my experience watching the Aristocrats live DVD ‘Boing We Do It Live’.  Guthrie Govan proves again he is one of the current guitar comets in the progressive arena.
The album starts with ‘Dance Of The Aristocrats’; introduced by a typical Marco Minnemann intro. Bryan Beller fills in with a bass loop which reminds me slightly to Weather Report’s River People. I am not sure if this was done on purpose but comes across as a very quirky reference. Guthrie Govan accompanies the rhythm tandem with different rhythmic colours and solo’s with a souplesse as played by Allan Holdsworth on Soft Machine’s Bundles.
‘Culture Clash’ starts with a nice guitar and bass intro after which Minnemann completes the picture with Stewart Copeland like fills. This tune continues with intriguing breaks which puts sometimes the listener on the wrong track. An interesting game with questions and answers all over. Here Inclusion of many styles can be recognised.
The funny ‘Louisville Stomp’ is dominated by great guitar play om a Gretsch, a-typical for Govan as far as I can recall, with mean Bryan Setzer like guitar parts. This Beller composition challenged Govan out of his comfort zone I assume. And not to forget: great interplay by Beller and Minnemann who pushes Govan safe over his limits here.
One of the highlights for me is ‘Ohhhh Noooo’. This tune refers strong to Jeff Beck with an outstanding pumping and grooving bass creating the ground for dissonant, syncoped guitar pieces. Minnemann knows how to fill the spaces and challenges his mates. You can feel the fun this trio must have had recording this bumping ride.
This ride continues with ‘Gaping Head Wound’ which contains dazzling tempo changes and a very humoristic and great variety in styles. Special aspects to mention here is a very mature bass solo by Beller on which Bunny Brunel would be jealous and a strong Zappa influenced solo by Govan.

Listening to ‘Desert Tornado’ I felt being in the middle of some powerful natural forces. During this song a certain tension is being built up by the bass and drums and guitar finishes it off several times. Half way an Adrian Belew like solo is put in the arena. Minnemann shows here also his respect for Pat Mastellotto.
‘Cocktail Umbrellas’ is characterised by Stanton Moore like drumming with a clear own stamp from Minnemann and great fills from bass and guitar. The dissonant chords enrich  this quirky tune. Indeed, humor does belongs in music. And the bass is leading here with a dancing axe around it.
‘Living The Dream’ is a high octane, distorted, up tempo song that would fit on the set list of The Rollins Band. Especially the bass reminds of the fuzz bass as Hugh Hopper used to play it. For the rest this is rock like only The Aristocrats are able to play it.
Album closer ‘And Finally’ shows nifty bass play in a mathematic game between the three artists. This song gives also the feeling if ‘Don’t take it all too seriously’. Well done.
Besides the internalisation of the many influence this album stand on its own a as very strong and recognisable ‘The Aristocrats’ album.
As said in the introduction this album shows the next maturity level of this outstanding trio. The material on this cd is played on a loose and relaxed way. A way in which The Aristocrats prove they stand above the material recorded for ‘Culture Clash’.
My advice: buy the CD or the extended version and make sure to see them live if you get the opportunity.

Just click here to check out the Aristo-webstore and pre-order Culture Clash.

For more information on THE ARISTOCRATS, please visit these websites: